In response to recent COVID-19 concerns, to ensure you remain safe we are completing all appointments via "telehealth" meaning (by video, phone and email correspondence)

Would you like to switch to the accessible version of this site?

Don't need the accessible version of this site? 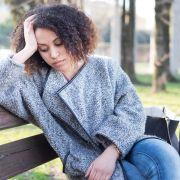 "The grey drizzle of horror," author William Styron memorably called depression. The mood disorder may descend seemingly out of the blue, or it may come on the heels of a defeat or personal loss, producing persistent feelings of sadness, worthlessness, hopelessness, helplessness, pessimism, or guilt. Depression also interferes with concentration, motivation, and other aspects of everyday functioning.

According to the World Health Organization, depression is the leading cause of disability worldwide. Globally, more than 300 million people of all ages suffer from the disorder. And the incidence of the disorder is increasing everywhere. Americans are highly concerned with happiness, yet they are increasingly depressed: Some 15 million Americans battle the disorder, and increasing numbers of them are young people.

Depression comes in forms ranging from major depression to dysthymia and seasonal affective disorder. Depressive episodes are also a feature of bipolar disorder.

Depression is a complex condition, involving many systems of the body, including the immune system, either as cause or effect. It disrupts sleep and it interferes with appetite; in some cases, it causes weight loss; in others, it contributes to weight gain. Depression is also often accompanied by anxiety. Research indicates that not only do the two conditions co-occur but that they overlap in vulnerability patterns.

Because of its complexity, a full understanding of depression has been elusive. There is mounting evidence that depression may actually be a necessary defense strategy of the body, a kind of shutdown or immobilization in response to danger or defeat, that is actually meant to preserve your energy and help you survive.

Researchers have some evidence that depression susceptibility is related to diet, both directly—through inadequate consumption of nutrients such as omega-3 fats—and indirectly, through the variety of bacteria that populate the gut. But depression involves mood and thoughts as well as the body, and it causes pain for both those living with the disorder and those who care about them. Depression is also increasingly common in children.

Even in the most severe cases, depression is highly treatable. The condition is often cyclical, and early treatment may prevent or forestall recurrent episodes. Many studies show that the most effective treatment is cognitive behavioral therapy, which addresses problematic thought patterns, with or without the use of antidepressant drugs. In addition, evidence is quickly accumulating that regular mindfulness meditation, on its own or combined with cognitive therapy, can stop depression before it starts by diminishing reactivity to distressing experiences, effectively enabling disengagement of attention from the repetitive negative thoughts that often set the downward spiral of mood in motion.

For more on causes, symptoms, and treatments of depressive disorders, see our Diagnosis Dictionary.

What Are the Signs of Depression?

Not everyone who is depressed experiences every symptom. Some people experience a few symptoms, some many. The severity of symptoms varies among individuals and over time.

Depression often involves persistent sad, anxious, or empty mood; feelings of hopelessness or pessimism; and feelings of guilt, worthlessness, or helplessness. It can also involve loss of interest or pleasure in hobbies and activities that were once enjoyed, including sex. Decreased energy, fatigue, or a sense of being "slowed down" are also common, as are restlessness, irritability, and difficulty concentrating, remembering, or making decisions. Many with depression have thoughts of death or suicide.

For more see Signs and Symptoms of Depression.

There is no single known cause of depression. Rather, it likely results from a combination of genetic, biologic, environmental, and psychological factors. Major negative experiences—trauma, loss of a loved one, a difficult relationship, or any stressful situation that overwhelms the ability to cope—may trigger a depressive episode. Subsequent depressive episodes may occur with or without an obvious trigger.

Depression is not an inevitable consequence of negative life events, however. Research increasingly suggests that it is only when such events set in motion excessive rumination and negative thought patterns, especially about oneself, that mood enters a downward spiral.

Research utilizing brain-imaging technologies such as magnetic resonance imaging (MRI) shows that the brains of people who have depression look different than those of people who do not. Specifically, the parts of the brain responsible for regulating mood, thinking, sleep, appetite, and behavior appear to function abnormally. It is not clear which changes seen in the brain may be the cause of depression and which may be the effect.

Some types of depression tend to run in families, suggesting there may be some genetic vulnerability to the disorder.

For more see Causes of Depression.

How Is Depression Treated?

Depression, even the most severe cases, is a highly treatable disorder. As with many illnesses, the earlier treatment begins, the more effective it can be and the greater the likelihood that recurrence can be prevented.

Appropriate treatment for depression starts with an examination by a physician. Certain medications, as well as some medical conditions such as viral infections or a thyroid disorder, can cause the same symptoms as depression and should be ruled out. The doctor should ask about alcohol and drug use, and whether the patient has thoughts about death or suicide.

Once diagnosed, a person with depression can be treated a number of ways. The most common treatments are medication and psychotherapy. Many studies show that cognitive behavioral psychotherapy is highly effective, alone or in combination with drug therapy.

Psychotherapy addresses the thinking patterns that precipitate depression, and studies show that it prevents recurrence. Drug therapy is often helpful in relieving symptoms, such as severe anxiety, so that people can engage in meaningful psychotherapy.

For more see Treatment of Depression and Therapy for Depression. 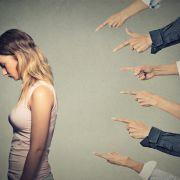 Depression requires active treatment, because the disorder can have enduring effects on brain function that make future episodes more likely. The longer a depression episode lasts, the more likely a future episode.

However, there are many ways to treat depression, and some of the most effective, especially in cases of mild to moderate disorder, do not require a prescription or medical-type intervention of any kind.

Depression can be seen as a kind of cave, and it takes some time and effort to get out of the cave. But it is possible, usually by learning some new patterns of thinking and doing. Nutrition plays a role as well.